Plot Predictions for Avatar 2 and Avatar 3 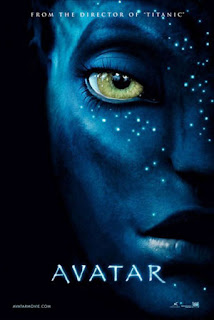 Barron's reports that James Cameron has been given the go-ahead to produce two sequels to Avatar, to be released in 2014 and 2015. Here's my prediction of the critical plot points for next two films. These are not jokey predictions, I'm going for gold.

Avatar 2: The Na'vi are slowly rebuilding their home world. Sully is struggling to find his place on Na'vi, not only on this new world, but in his new body. The RDA returns, with a larger army, but also mega-avatars that are bigger and stronger. Also the technology is much better; the projection devices are portable. They're prepared, and ready to do business. In order to provide key defensive support to the Na'vi, which is shown to us as a threat to the now pregnant Neytiri, Sully is led by a yet-unknown Na'vi spiritual leader who restores Sully's original human (and paraplegic) form. Sully realizes this was a mistake, and manages to become a mega-Navi himself to, along with several new friends, destroy the mega-avatars. Sully fully accepts his Na'vi identity.

Avatar 3: Neytiri and Sully have their baby. Sully is also now an established leader among the Na'vi, but now things are turning political, and frankly, irritating. This was not what he expected in this new world! Sully's struggle is now with Neytiri. A couple of domestic fights and Sully turns all these negative feelings inward. There are some Na'vi who dislike the way Sully wants to lead the Na'vi, some of whom have strong spiritual powers. One of them feigns friendship and dupes him into a mystical event that creates a spiritual clone of the new mega-Sully, made only of his anger and fear. It also saps him of the power that makes him strong and confident, leaving him being less than half of himself. Sully needs to learn to trust in himself before the evil Sully can destroy Pandora ... which of course he does.

(Credit: Louis Gray's share on buzz)
Posted by Foodberg at 12:25 AM